The fabled history of the invention of the Tarot (Unseen University)

Welcome to this round of the Tarot Blog Hop. The theme for this TBH is Fables, Fortunes and "Once upon a time." And now for our feature presentation . . .


Submitted for review by Artemis Mackenzie, Headmistress of Hairyboils School of Witchcraft and Roguery—Chancellor Sister Soice (that is pronounced Zoice, not Seuss) observation notes of Professor Rowan Whiteadder’s Illuminated History 101 class on Sol Day, Haregg Maatis, cycle of the Zombie Pox, in the third regnal year of the First Pharaoh.

. . . after three hours of lecture on the fables and myths of Tarot, Varcus Wilvelivaenythyng the Infinite, son of Kantvork “Vully” Wilvelivaenythyng the Square Root—Dukemage of Zharkdom, and Queen Beslie Thornincide the Negative One, better known by one and all as Wibble, was still not convinced that all he knew and believed about the origins of Tarot was completely forged and falsified. Flanked by his two chums, Hogpen Brown (asleep and drooling) and Firelad Davey (consumed in concentration on the handrolled he was working on), and wrapped in a toxic cloud of radioactive dust, cigarette smoke and sheer bloody-mindless ignorance, Wibble screwed up his courage, and said to Professor Whiteadder:

“But you must be wrong, for on page 666 of Why I Am a Magical Genius, Phoenix Solomon writes that the Tarot was wisdom and science from Atlantis, preserved by the Ancient Egyptians, received by the Hermetic Rosicrucian Society of the Silver Star, and supplemented by an oral tradition headed down mouth to ear though the centuries, a tradition that only they, Phoenix Solomon—the only Ipsissimus and the greatest Supreme Wombat that the world has ever known—has been taught completely and perfectly. Furthermore, Phoenix Solomon says that the worst crime that muggles have inflicted on wizardkind is the theft of the Tarot and the profanation of it with base fortune telling and cheap movie tropes.”

Professor Whiteadder responded in a manner, perfectly suitable to one whose wand is black walnut with a core of competitive sarcasm. If Rowan Whiteadder would have been born a muggle, he would have been very well suited to be a fire and brimstone preacher, or abused adviser to an Egyptian tyrant. Unfortunately, he had been born a wizard, one of the Unlikely, and that meant that he was doomed to teach the basics of unicorns and economics to empty-headed remedial students of witchcraft and wizardry.

“Wibble,” Professor Whiteadder said. “If a zombie tried to eat your brain, he would not find enough to make a chicken nugget. Yes, we are to take the word of a woman who claims to be the illegitimate daughter of Elvis and Bigfoot, whose downline of covens looks like a radioactive dumpster fire. If her lineage was a river, Solomon’s tradition would be a civilization which hadn’t yet discovered the marvels of sewer treatment plants.”

“But Professor,” Wibble started to argue.

“Everyone give your wands a twirl, and repeat with me: Temporalious Primus Revealment Historicus Ameth!”

The class did their best. The illusion that sprung up in the middle of the lecture hall was painted in colors of white, black and grey. A narrator’s voice described the ongoings, just in case the student could not recognize a luxury apartment in the early Stone Age.

“Here we see the Kark the caveman, inventor of the Tarot, an invention centuries before its time because paper had not been yet invented. Kark’s best friend, Nort, was also an talented inventor—having invented the outhouse, whise helped keep the cave clean when it wasn’t being used by hibernating bears. Nort’s invention, like Kark’s, would also benefit from the invention of paper. Kark’s and Nort’s wives, Alisy and Lusy, have little patience for their husband’s genius. Let’s listen.”

Kark said, “And then there is this caveman dressed in his finest blood spattered bearskins, wearing a giant salmon on his head, and he works in an artificial cave, devoting himself to preserving the righteous flames of the jealous goddess, Jahvahie.”

Alise, Kark’s wife said, “You are as bad as that tehuti baboon reject, Moongazer, who keeps talking about how he keeps hearing sounds coming from the black monolith in the valley. You know what his problem is? It is him throwing the mammoth bone repeatedly up in the air and whacking himself on the head. Giant flying bones floating among the stars?!? Nonsense. Moongazer has an excuse—he committed a brain injury. What’s your excuse?”

Kark shakes his fist at his cavewife. “One of these days, Alisy, bam—straight to the moon!”

The illusion changes. Inside an Egyptian temple, a priestess, Kharie Isiskhild, looks at a scribe, Zheeve Ahazatron, and says, “Centuries from now, people will be reading their bread-fever dreams into these simple hieroglyphs—just think how foolish they will look when they claim that the writing contains the wisdom of the ages—when it really says that Moses owes the washwoman a fat goose for doing his laundry. Their foolishness will be epic—the greatest practical joke in the history of the world.”

The illusion changed again. This time, a printmaker, Jaqe Guttenbark, is saying to his wife. “I have to find something for my employees to do. All day long, Moy, Baldy, and Lari keep poking one another in the eye and asking one another if they are wise.” His wife answers, “Make sure that it is something that people actually use and periodically need to replace. The last project you did—the Byble—the customers kept them forever, never throwing them out.”

The illusion bellowed. Out of the mists, a voice said, “You are cordially invited to the wedding of Dung Beetlebalm and Sardina Kansas. Cordially invited—that’s code for don’t forget to bring an impressive wedding gift, if you want to keep doing business with Daddy Midas Beetlebalm. And all he cares about is gambling and card tricks. What would impress him the most would be a gold-plated deck of cards. I wonder how much that old Russian icon forger would charge me for something like that.”

Another shift in time, this time the haze shows three Victorian gentleman. One of them is dying in bed, feverishly making notes on scraps of paper. “And each initiation ritual shall take place inside a room based on the Tarot and their Egyptian mysteries. For instance, here we have the Hierophant and he is expounding upon the mystery of the goose god and how he symbolizes spiritual purity.” The dying man starts coughing. This goes on for a while, followed by a long silence which is broken by one of the visiting gentlemen. “Do you think he is dead? Gee, he wouldn’t let go of his notes. Hand me the crowbar.”

Again, the illusion shifts, this time a man is talking to an artist. “Pixie, I want this Tarot deck artwork to me by Monday. I want to publish the artwork along with the book—that’s way I can make a lot of money. And we need to include a memory device for the buyer—something easy for future filmmakers to make horror movies with.” The artist looks at the man, her brow furrowed, “Perhaps, I can use the stage crew of My Fair Hierophant as models.”

At this point, Professor Whiteadder stepped though the mists of the illusion. Addressing the class, he said, “Homework: Three feet of parchment on how economics, D&D, and gamblers have affected the symbolism of the Tarot.”

“Look!” Wibble pointed to the illusion which was again changing.

This time, it showed a writer, smoking a joint and muttering to himself, “Blog post due to go live in an hour. How am I going to connect the Tarot with the classical fairy tale opening line of Once upon a time?”

Thanks for reading. If you are curious how other Tarot Blog Hop members handled the "Fables, Fortunes, and Once Upon A Time" theme, follow the blog-chain links.

A writer by any other name (Pen-names and numerology)

Welcome to the Summer (Lammas) edition of the Tarot Blog Hop. Navigation links for the Hop: Previous blog / MasterList / Next blog The subject for this Tarot Blog Hop is whether or not changing one's name, changes one's vibration enough to change one's destiny. Let's just say that I have been a guinea pig for this theme--given that I am now known more by one of my pen-names (professionally and socially).  Why I had to use a pen-name as a writer When I first become interested in becoming a writer, I studied the careers of the writers who inspired me. Many of them used pen-names--my favorite being Robert Heinlein, who used three besides his own name (Anson MacDonald, Caleb Saunders, and Lyle Monroe). Heinlein used his pseudonyms for branding purposes, to sell stories of lesser merit (at a discount, of course), and to allow himself to sell more material without seemingly flooding the market. Therefore, in my universe, a writer is allowed to use as many pen-names as
Read more 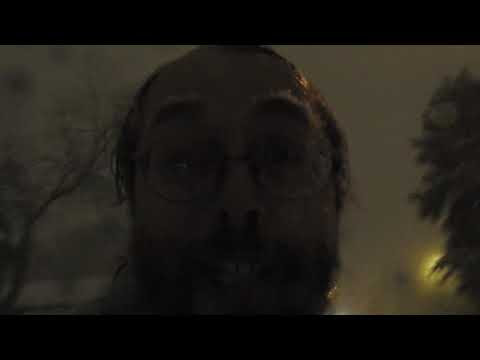 Long story short: We did not get the food, and Morgan got to spend a delightful half-hour in the snow while under the influence of pot. Short story long: So my wife ordered Wendy's (yes, we eat fast food) through DoorDash. My wife told me that the driver was on their way, so I went into the kitchen and basically stood there staring at my front gate while a herd of cats wondered why I wasn't feeding them in a timely manner.  Then my wife came through the kitchen and told me that the driver was here and looking for our house. I went outside and stood by our mailbox. It had started to snow. The mailbox is only a yard away from the front gate--I can see over it--and if a driver was actually out there, they would be able to see me. Have I mentioned that it had started snowing? When the snow had hit a quarter of an inch on my hoodie--after I am not sure how many minutes, but enough for a quarter inch of snow--I decided that I was tired of waiting. So I go back into the h
Read more 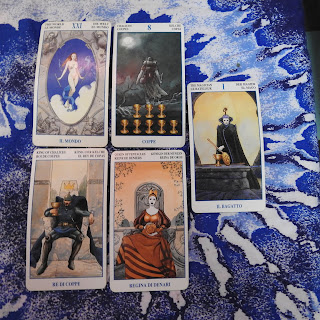 PreviousBlog / MasterList / NextBlog Hi everyone! Did you miss me? I thought not. But I am not going to let that keep me quiet. So I have missed the last three Tarot Blog Hops. To catch you up on the going-ons on my end—because the events of the last two hundred days or so are still busy bleeding into all aspects of my life at the moment—I missed the Hops, due to the emotional turmoil generated by the response to the first edition of a book on Performing Public Wiccan Ritual and Community Growing, whose ended up being far worse than even I imagined in my darkest “happy little cynic” moments. Basically, the response was the leadership of a local event, a Council that I had been a member of for seven years (and volunteering for even longer), decided that I was guilty of “elevating myself over others” along with charges of disrespect, conflict of interest, and not doing my community service in a proper manner. Those who are familiar to the ego conflicts that occult leadership gene
Read more

Morgan Drake Eckstein
A cross between Douglas Adams, Robert Heinlein, Erma Bombeck, Sybil Leek, and Wednesday Addams, MDE writes in multiple genres and under many pen-names. A survivor of several secret societies, MDE is a former board member of Heartstone Community Church (the "Open Full Moon" people) as well as the Past Hierophant and former Chief Adept of Bast Temple (BIOGD/BIORC). Today, he is the co-host of Occult Garden Parties in Denver, Colorado.

Where to find me